Who are we? – Canadian Association for Girls In Science (CAGIS) Skip to content
Who are we

CAGIS is led by a small team of staff and hundreds of dedicated volunteers across the country.

In 1992, at age nine, Larissa Vingilis-Jaremko founded the Canadian Association for Girls in Science (CAGIS), a not-for-profit organization that supports interest in science, technology, trades, engineering, and mathematics (STEM) among girls and gender nonconforming youth. As a child, Larissa noticed that girls in her class had negative, stereotyped images of STEM professionals, stereotypes Larissa knew weren’t true because her parents, a scientist and engineer, didn’t fit the mould. She wanted to expose girls to diverse role models, exploration, and hands-on activities to break stereotypes and share the excitement of STEM.  What started as a small, local group of 20 girls expanded to a national organization with chapters across Canada.

Larissa remains president of CAGIS and has become a strong voice and recognized expert internationally. She is often consulted by various levels of government, speaks to the media regularly on issues relating to gender equity in STEM, and serves as an adviser and consultant on numerous selection and review committees.

Larissa has created awareness of the barriers that still exist, and through her efforts has become renowned for her work. She has received a variety of honours including Canada’s Top 100 Most Powerful Women, Toronto Young Woman of Distinction, London Young Woman of Excellence, Youth in Motion Top 20 Under 20, Chatelaine’s 80 Amazing Canadian Women to Watch, and more. In addition to her work with CAGIS, Larissa serves as chair of the board of directors of the Canadian Coalition of Women in Engineering, Science, Trades, and Technology (CCWESTT).  Larissa is trained as a vision scientist and received her PhD from McMaster University in 2013. 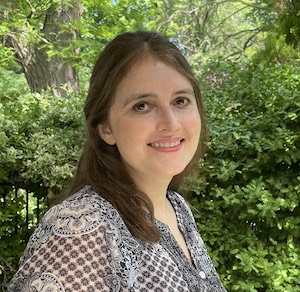 Catherine performs a variety of roles within CAGIS, including supporting existing chapters, developing virtual programming, and assisting with new chapter start-up. She also helps develop training materials for volunteers and coordinators. Before joining as a staff member, Catherine enthusiastically attended many CAGIS events in the GTA with her daughters, and has seen first-hand the way girls are encouraged and inspired by these activities. Catherine is a member of the Ontario College of Teachers, and her
writing has appeared in The Globe and Mail, Pathways, and Mothering Magazine. 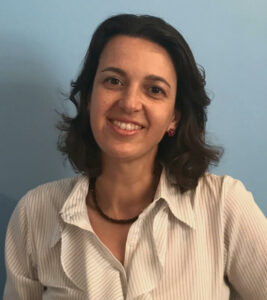 Ana de Oliveira Rodrigues, Virtual Outreach Coordinator
I began programming computers when I was only 10 years old. Now I have a Ph.D. in Electrical Engineer and lots of experience in programming, electronics, robotics and coding in general.
I have worked as an Engineering college teacher, Customer Manager for a Software Company, and Product Manager for an AI Startup. For the past 8 years I have worked on my own company where I develop STEM projects for schools and after-school programs and do consulting for international schools that want to integrate STEM into their curriculum, having the pleasure to work with hundreds of students and dozens of teachers and educators.
In my spare time I like to bike in parks, volunteer with Cycle TO, play with Legos with my two amazing daughters, paint rocks, read, and meet with friends to enjoy good food or a great movie.