Welcome to Quick Question, where you get to ask scientists the questions you’ve always wondered about! Here, Dr. Ruth Musgrave, who is an assistant professor of oceanography at Dalhousie University in Halifax, talks about where ocean waves come from. 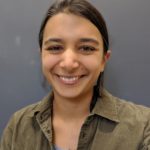 Surf’s up! But where do those waves come from?

Drop a rock in a pond and watch the ripples radiate away, sit on a boat and feel the waves pass under you, or stand at the beach and watch the waves roll into the shore – did you know you’re observing the same physics at play?

On a large lake or in the ocean, surface waves are most often formed when the wind blows across the surface of the water. Even though waves look like they’re moving water in one direction, the water is actually moving in a circle: forwards and backwards, and up and down.

Waves can travel many thousands of kilometres before they reach land, where, at the end of their lives, they form the foamy breakers we see at the beach.